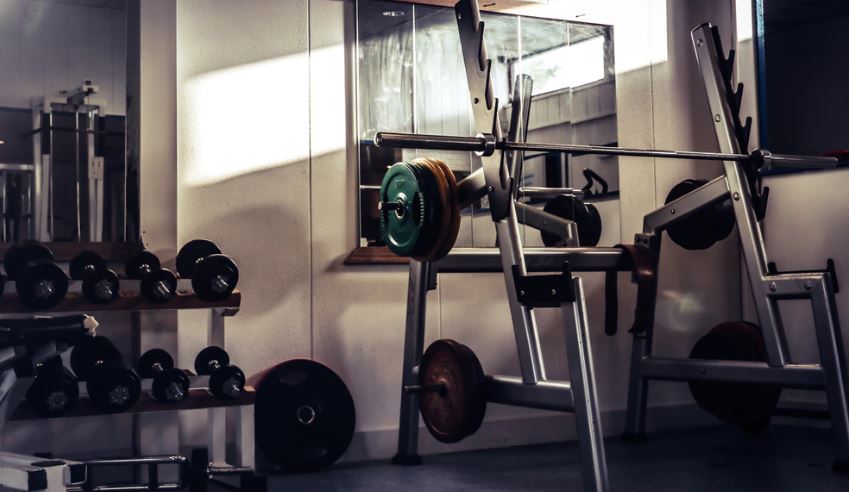 As the coronavirus spreads there's been some debate over the chances of picking up an infection from 'fomites' in the gym and particularly, 'high contact surfaces' like barbells. Earlier this week, the New York Times suggested gym users wipe equipment down with disinfectant before engaging with it. In the UK, Sky News is reporting that gyms are "high risk locations" for spreading the virus.

At Goldman Sachs' New Jersey gym people are not being given the chance to be solicitous of the cleanliness of the barbells. CNBC reports that the gym has been closed until further notice after a gym employee contracted the disease. Any Goldman New Jersey employees who were in the gym between 3:00 p.m. and 9:00 p.m. ET on Thursday, March 5 or Friday, March 6 have been advised to self-isolate. It's not clear which machines or barbells the gym employee used during his illness (if any) but given COVID-19's ability to survive on surfaces for up to three days, anyone using the Goldman Jersey gym over the weekend or on Monday might want to stay away too.

The latest case on the Goldman periphery comes after employees at the firm in New York have been complaining that although they had the option of working from home, they didn't feel comfortable taking it for fear of being labelled weak or insufficiently committed to the team. Yesterday, however, Goldman split most its NY employees into two groups to alternately work from home and in the office on two week cycles - excluding some salespeople and traders, who seemingly still have to come into the office no matter what.

Separately, yesterday was an historic day of the sort that changes everything although it takes while for its permutations to become apparent. The Dow Jones Industrial Average had its worst decline since 1987 and its fourth worse decline in 120 years, with the other three being Black Monday 1929, Black Tuesday 1929 and Black Monday 1987.

As the Financial Times observes, the most worrisome thing about yesterday's crash was the strain on the U.S. Treaury bond market, which became "overwhelmed by liquidity concerns" as demand for U.S. Treasuries suddenly dried up, threatening to destablise the U.S. government by reducing its ability to fund itself.

“Markets are trading as if the major liquidity providers are simply stepping away from them,” one fixed income strategist told the New York Times. “You also know when things go bad, Treasuries rally, and if they don’t, that is incredibly problematic,” said Ajay Rajadhyaksha, a Treasuries analyst at Barclays in New York.  “That’s when you begin to get concerned about whether markets are breaking down.”

The New York Fed eventually stepped in to address what it described as 'highly unusual disruptions in Treasury financing markets associated with the coronavirus outbreak', and offered $1.5 trillion in short term loans to the money markets this week, plus an additional trillion on a weekly basis. This offered short term reassurance, but concerns about the underlying disjunction remain, particularly as large hedge funds like Millennium Management, ExodusPoint, Alphadyne and Capula have pursued a strategy of buying cash Treasuries and selling interest-rate futures, which now appears to have come undone.

There were suggestions that yesterday's issues were partly caused by regulatory ratios requiring banks to hold assets in prescribed proportions. - After buying Treasuries as a safe haven in the past few weeks, banks simply didn't have the capacity to buy more.

However, there were suggestions, too, that traders working at home and in back-up locations may have caused the dislocation as physical distance took its toll. “The average trader on Wall Street is inexperienced, can’t take risk, and now can’t communicate with colleagues properly,” one fund managers told the Financial Times. “They’re isolated at home in their sweatpants, and they’re not going to step in to provide liquidity. Psychologically it’s a bad situation.”

Markets across Europe saw even heavier selling than during the 2008-09 crisis. (Financial Times)

Jamie Dimon has been discharged from hospital and is looking foward to 'reengaging with the team.' (CNBC)

JPMorgan told corporate employees based in Manhattan, Brooklyn and Jersey City, New Jersey to work from home on rotating shifts because of the virus. The arrangement doesn't apply to traders, some of whom are in back-up locations in New Jersey and Brooklyn. (Bloomberg)

“If you work for Goldman Sachs, your life is going to be fine,” Ken Griffin, CEO of Citadel, told Donald Trump at the meeting of finance heads. “The weak spot are the smaller businesses that don’t have financial flexibility.” (Wall Street Journal)

Intercontinential exchange closed its London office for a week after an employee tested positive for the virus. (Business Insider)

Someone at RBC Manhattan tested positive for the coronavirus. (Bloomberg)

A venture capital firm is asking employees to log everywhere they go as the virus spreads. (Business Insider)