No bonuses for 2020. And the people with the hardest jobs in banking now 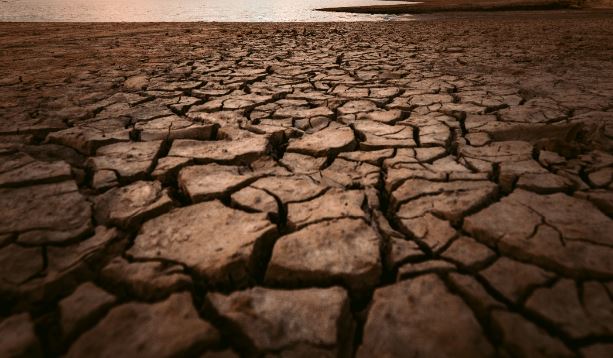 If there were a year in which the phrase, 'Your bonus is to still have a job,' it's likely to be this one. As Beatrice Weder di Mauro of the Centre for Policy Research told the Financial Times: "If anybody had told you at Christmas that this year would be one [with] an enormous symmetric shock hitting all the advanced countries and that this would cost something like 50% of GDP for a few months or maybe longer  . . . the kind of thing that happens in a war, everybody would have said you are crazy.” And yet, here we are. Yesterday, the president of the Federal Reserve Bank of St Louis in the U.S. forecast a 50% drop in GDP in the second quarter.

It's inconceivable that banks won't share the pain. On Friday, Deutsche Bank warned of a 'material impact' from the coronavirus, saying that its earlier forecasts for 2020 no longer apply. Credit Suisse said last week that it's markets and private banking businesses have been doing well this quarter but it was referring mostly to January and February. March has been a whole new world, and while markets revenues may continue to thrive on volatility, other business areas are unlikely to be so lucky.

In the circumstances, two words from 2008 are already making a comeback: bailouts and (zero) bonuses. The U.S. government's $500bn rescue package for large companies (not specifically banks) has already faltered on a lack of reassurances that it won't be used to pay executive compensation and to buyback stock. Writing (again in the Financial Times), Sheila Bair, former chair of the US Federal Deposit Insurance Corporation, says banks need to be compelled to shore up their capital base during this crisis. Echoing a statement from the Systemic Risk Council on March 19th, Bair says that banks should be compelled to suspend both bonuses and buybacks as a means of achieving this, at least until "the global economy starts to recover."

How widespread would a bonus freeze be? Bair talks of "executives," but the Systemic Risk Council went further, calling for bonuses to be suspended for, 'a thick layer of senior and other highly remunerated staff.' At the very least, this would seem to imply 'material risk takers' - the European Union's denomination for senior traders, managers and dealmakers, who typically earn seven figures plus.

Suspending bonuses would undoubtedly come as a shock to many in the markets businesses who are still coming to work in difficult circumstances, putting in extra hours to digest the news-flow, and - in some cases - making a lot of money. But as the next few months evolve, the virus in London and New York is going to become far worse. For some, it may not just be a question of coming through 2020 with a job but with health and family intact. In the circumstances, bonuses may well seem an irrelevance anyway.

Separately, the people with the hardest jobs in finance now are not necessarily the traders still coming in to work on depleted trading floors or back-up sites, but the people settling the huge volume of trades being placed right now.

Virginie O’Shea, an independent adviser to the banking industry told the FT that it's the operations teams at banks and asset managers who are really struggling to cope. “There are numerous teams working late into the night to process the trading peaks across the globe on systems that just weren’t built for large teams working remotely,” O'Shea said. “The market infrastructure guys have it tough, but not as tough as post-trade staff at financial institutions at the moment.”

David Solomon got a 20% pay rise and earned $27.5m last year, placing him second behind Jamie Dimon who got $31.5m. (Financial Times)

JPMorgan is giving $1k to its branch workers who have to keep coming into work. Bank of America is giving $200. (Bloomberg)

Hong Kong bankers are going back to work, but it's not normal. 'One JPMorgan banker in Hong Kong said he joined five conference calls the other day: not one was about a deal, they were all about internal protocol and coping in the coronavirus era.' (Bloomberg)

In the UK, some people in banks (eg. traders) are being deemed essential workers and will be able to continue sending their children to school. (Financial News)

'Disarray like this means hedge funds are deleveraging or even closing down, which means they’re selling when no one is buying so prices fall even further.' (Bloomberg)

Blackrock's $6.2bn iShares Short Maturity Bond ETF, one of the biggest exchange-traded funds, fell as much as 8.9% on Thursday. It primarily holds debt maturing in less than three years. (Yahoo)

Chief investment officer of JPMorgan Asset Management: “[It] was mind-boggling...I have been doing this now for almost 40 years, and this is the strangest market I have ever seen.” (Financial Times)

DE Shaw is seeking to raise $1bn in cash for its Composite Fund, which runs over $13 billion and trades across asset classes. The fund was up 1.3% for the year through to March 13th. (Bloomberg)

Photo by redcharlie on Unsplash